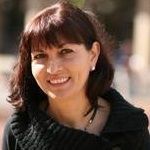 For many colleagues at German universities, the month of July brings the end of our teaching and presence in our classrooms because our summer term is over. July includes also the subsequent marathon of grading papers and exams. I am sure that many of you can relate to the thoughts that go through one’s mind when one is reading these exams and papers and one is asking oneself whether one had actually indeed said certain things like that or whether one had missed the chance of addressing some important ideas. As educators of mostly future teachers, journalists, and cultural production workers, we often wonder: What are we actually doing in our classrooms? And how much are we able to compete with knowledge that our young people gain from popular sources and the media?

I taught an upper-level seminar during the last term about U.S. protest movements, civil rights, and visual culture as a tool for protests and criticism. Especially in regard to film, we often had discussions about the role of art and aesthetics and their connections to reality, about the right of art to be independent, about didactic (non)sense, and about civic responsibility and its sometimes stifling limitations. In one of these discussions, the question came up whether Twelve Years a Slave is a film that is too didactic. Is it too obvious in its approach to teach young people about one of the most brutal and inhumane systems in modern history? So, if the majority agrees that it is, then…, well, then it must be the case. But then, after all these discussions about young generations and didactic (non)sense, how is it possible that I read in a (female) student’s paper that the slave owner Epps had a sexual relationship with Patsey because this was his way of rewarding her for being the best cotton picker. He had what? Does ‘rape’ have a multi-generational definition in 2014? Did the film leave out important aspects of slavery that should have been part of the script? But does a film really have to do this—spell out everything and cover everything-like a history textbook?

We also watched Fruitvale Station, the 2013 film that is based on the story of the fatal shooting of Oscar Grant in one of Oakland’s BART stations on January 1, 2009. For a variety of reasons, we moved our discussion to the online space of our otherwise face-to-face classroom. For an entire week, the students posted additional material about police brutality, about the situation of young black men in contemporary U.S. society, and about other cases such as Trayvon Martin’s. The film generated a very engaged and very sophisticated discussion about persistent racism in all its different, often nowadays camouflaged forms, and several students connected the dots for us for our own country. Was this discussion also an indicator of generational approaches and differences?

Thoughts that I will take with me into my next term…

POSTSCRIPT: In the discussion of Oscar Grant’s case, most of the students agreed that such cases will happen again and again. Sadly, the students were right. Just last Saturday, on August 9th, another African American teenager, Michael Brown, unarmed, hands in the air, died because a white police officer shot him. How many more cases will it take?