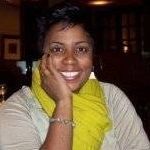 On Mike Brown, Eric Garner, Tamir Rice and Mothering in the Academy

The recent slayings of unarmed Black men and children in the US has rendered the country breathless. I can’t breathe. The world has heard and replayed these words millions of times over the last few weeks. The people can’t breathe. As a university faculty member and mother of two burgeoning teenagers, real life and current events inform my public and private lectures on race, class, gender, and sexual bias in this country. As a faculty member at a public liberal arts institution with a checkered past when it comes to race relations, my work to teach my students to identify the visceral ways race and socio-economic status punctuate about our individual and collective identities is that more poignant. While examining notions of race and gender from Black feminist and social justice frameworks, I encourage my students to be both self-reflective and cognizant of the ways in which negative and destructive narratives about Black people are inculcated in media coverage of poor, Black–urban life. In recent weeks, my work has taken on a surreal meaning—discussions about the Black liberation struggles of the 1950s, 60s, and 70s take place in real time as similar multi- racial and multi-generational protests push back against state-sanctioned demonization of Black people and violence against Black men, women, and children.

Indeed this is an important moment in our history. On Saturday, December 13th, thousands of Americans from across the country lined the streets of major urban centers and rural cities like Charleston, South Carolina to demonstrate their outrage at the flagrant disregard for Black life by those who are sworn to serve and protect us. The throngs of protestors came from every walk of life to declare a collective mandate that all people be treated justly and with dignity and respect.

Ironically, just as thousands of Americans were protesting, Congress was busy passing a $1.1 trillion spending bill that will continue to bankroll Wall Street and bankrupt Main Street,–for example the $300 million cut to Pell Grant—will make it even more difficult for parents to send their children to college. I can’t breathe.

Just as Eric Garner uttered these last few words as he lay dying, the people have spoken. In words.  In actions. In collective sentiment. This is a watershed moment. Now we must wait to see what the end’s gon’ be.