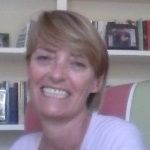 This month’s guest editorial has been written by Concepción Parrondo Carreter. A native of Malaga, Spain, she is an academic scholar whose focus of research centers on Contemporary African American Literature, an area in which she explores the theory of difference from an intersectional perspective. Ms. Parrondo lived for twenty seven years in the USA where she taught Spanish and Latin to high school students. Upon returning to her native country, she has obtained a degree in English Philology and pursued a Master’s in Advanced English Studies with an interest in North American Literature. Since 2008, she has been actively participating as a speaker and moderator in several international conferences regarding African American studies. Ms. Parrondo is currently a PhD candidate at the University of Malaga, Spain, where she continues working as a secondary school teacher. She is deeply involved in the development and implementation of Bilingualism for secondary schools in the area.